No One Can Believe This Shark Actually Exists

At first glance, basking sharks look a little scary. Not only are they humongous, but they have big, gaping mouths that look as if they can gobble up anything. But the basking shark’s frightening appearance is misleading — in reality, they’re the gentle giants of the ocean world.

Basking sharks have big mouths for a good reason — they use them to strain plankton from the water, which is how they eat. They also get assistance from the tiny, hook-like teeth that line their mouths. 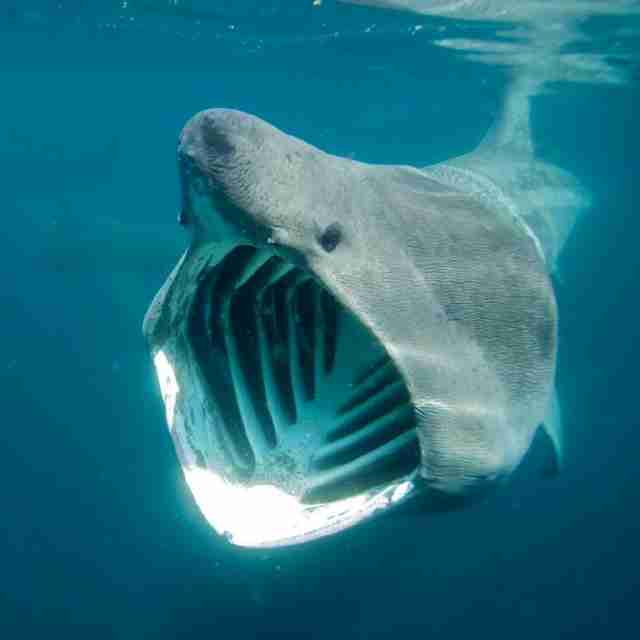 “When they’re eating, they’re just swimming around with their mouths open,” Leah Crowe, a field biologist who works for the National Oceanic and Atmospheric Administration (NOAA), told The Dodo. “They have [a] variation on teeth — it’s not really what we think of when we think of a great white’s teeth, for example. They just filter plankton out of the water.” 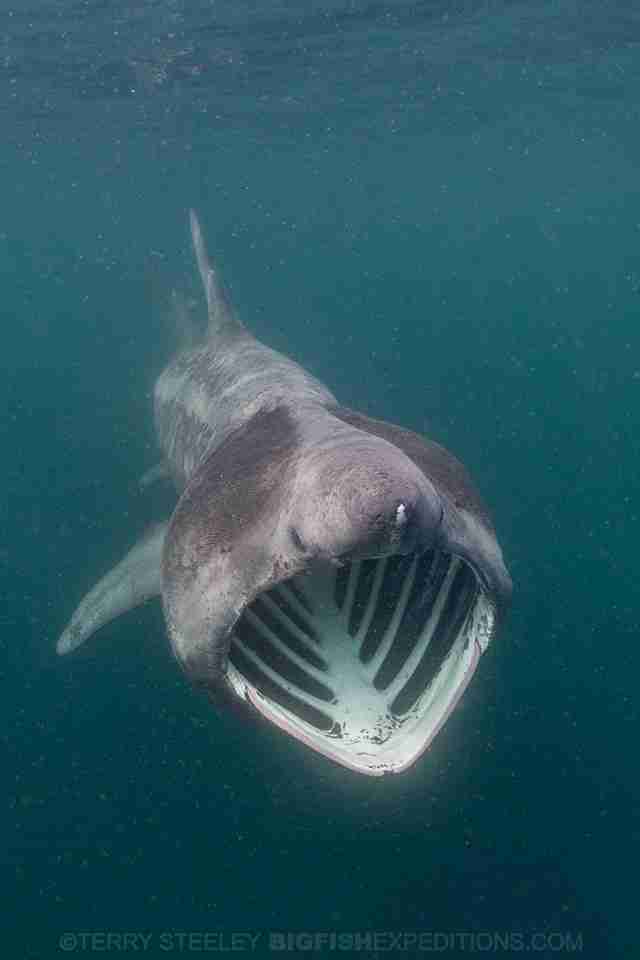 The size of basking sharks is also notable — they’re the second largest species of fish in the world, and their proportions have been compared to a double-decker bus. They can grow up to 40 feet long and weigh 21 tons. Female basking sharks are bigger than males, Crowe explained. 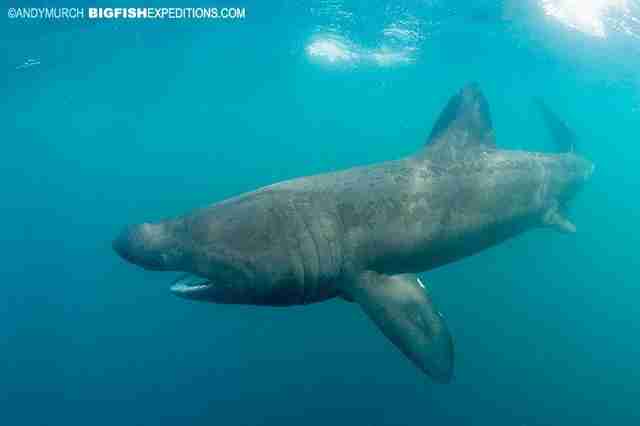 A basking shark with his mouth closedFacebook/Big Fish Expeditions

Most kinds of sharks live alone, yet people have sighted large groups of basking sharks swimming together. Crowe, who wrote a paper on the subject, explained that as many as 1,400 basking sharks have been spotted in a single group.

“The aggregation is definitely a rare event,” Crowe said. “For other fish species, it’s known that it’s either for mating, for food, or for protection, so in the paper, we’re speculating that it could be any combination of those three.” 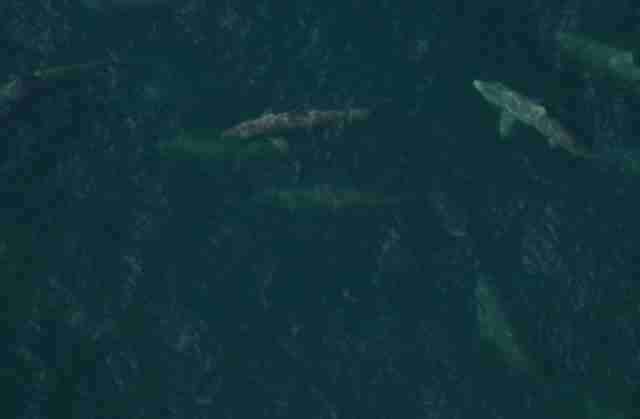 A group of basking sharks swimming together |Leah Crowe

Basking sharks also have dorsal fins that look pretty similar to the dorsal fins on great white sharks — and this may cause panic for anyone observing a basking shark from the water’s surface. “Some people do get pretty intimidated when they see that dorsal fin breaking the surface because it could be a great white,” Crowe said. 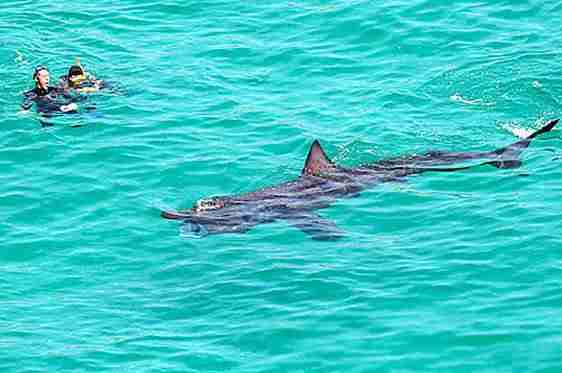 However, Crowe stressed that there’s no reason to fear basking sharks, who pose no threat to people. In fact, she explained that basking sharks are probably more scared of us. “They can get spooked pretty easily and disappear from sight,” Crowe said. “They’re fish, so they don’t have to be on the surface breathing.” 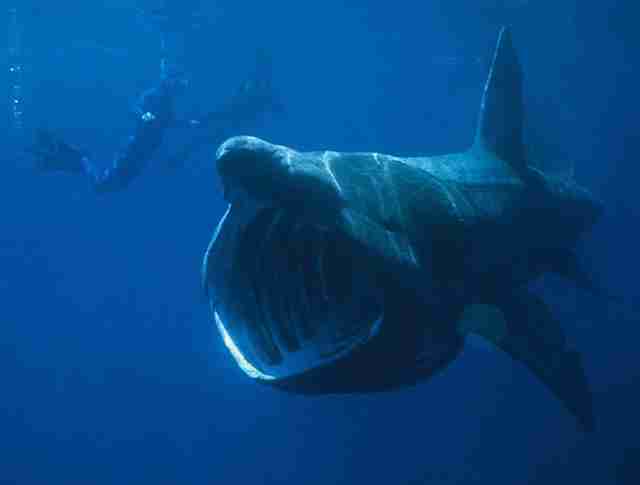 While basking sharks have lived in the oceans for about 30 million years, their populations are decreasing due to global fishing industries — sometimes they’re hunted for their meat, oil, skin or fins; other times they’re accidentally caught in fishing nets as bycatch. In the past, the Canadian government even deliberately slaughtered basking sharks, believing them to be “pests” who destroyed fishing gear. 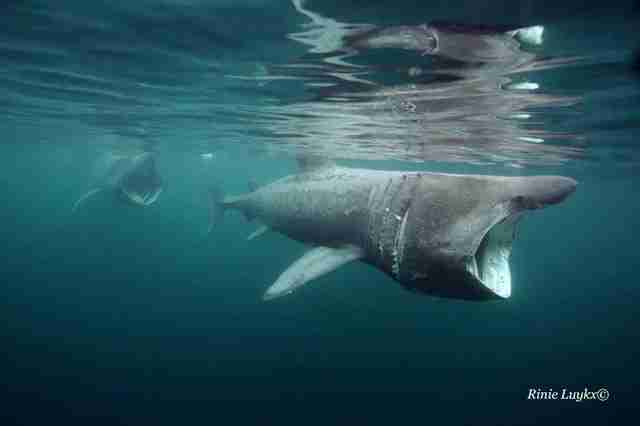 But it would be a shame to lose these mysterious animals, and Crowe says that there's still a lot to learn about them.

“They’re cool animals,” Crowe said. “People don’t even know that they’re out there.”